What’s a kids party without balloons? Great for decorating, party favors, and of course, party games.

Form guests into two lines facing a bag of balloons about 20 feet away. At the starting signal, guests must race to the balloon bag, take one out and pop it as quickly as possible by sitting on it, stepping on it, or any other means. They then race back and tag the next team member in their line. The first team to have every player pop a balloon is the winner.

Blow up about 10-15 balloons and place them on the floor. Each guest has 2 minutes (use a timer) to pick up and hold as many balloons as possible. They must pick up the balloons all by themselves without help, put them in their clothes, between their legs, under their arms, between their teeth, etc. Each guest takes a turn while the others watch and laugh themselves silly! The guest who holds the most balloons when their time is up is the winner.

Form guests into a circle with an adult leader in the middle with a balloon. Each guest will have a chance to hit the balloon to keep it up, but here’s the catch. The leader will call out the person’s name and a body part, and they must use that body part to hit the balloon upwards to keep it in play. You can use hands, feet, knee, elbow, head, and hips or butt. Players who use the wrong body part or let the balloon fall to the ground are out. The last player standing with the balloon in play is the winner. Gather children in a circle around the adult leader. Toss a balloon in the air and call one child’s name. That child must catch the balloon before it touches the ground. If the child succeeds, she gets to toss the balloon and call the next name.

Fill 20-30 balloons with two to four beads each and hide the filled balloons around the house or yard. Divide guests into groups of two and tie one set of hands and one set of feet together. Each team must find as many balloons as they can, pop them by themselves, and return with their beads. The team with the most beads at the end of the game is the winner.

Blow up balloons, putting a small marble through the neck of each one before tying the end. This makes the balloons move in unexpected ways. Release into the group one more balloon than children. The object is to keep the balloons up in the air. Play this in two teams, each side with an extra balloon. The team who lets a balloon drop to the floor first loses.

Pass out a large balloon to each guest. Let them blow up their balloon and offer your help tying each one securely. The object of this game is to hit the balloons up into the air and keep them afloat for the longest period of time. This is a fun and easy way to start or end any party! Place notes inside un-inflated balloons, one or two of the notes should indicate that this balloon is a winner. Inflate the balloons and hang them around. Let each child pick a balloon then pop it to see if their note is a winner.

Before the party, insert a small, light-weight party favor such as a sticker, into the opening of a balloon before inflating it. Then, inflate the balloon and repeat until you have a balloon for each guest. Use these balloons to decorate the party area. At the end of the party, each guest may take a balloon and pop it by sitting on it, kicking it, etc. to get the prize hidden inside.

Round Up the Herd

For this game you will need two brooms, a long string to mark your course, six balloons (and a few extra in case any should pop). Set up an obstacle course in your party area using boxes, chairs, bushes, trees, etc. Mark the path of your obstacle course with string. Divide your party guests into two teams and line up both teams at the starting line.

Give the first person in each line a broom and three balloons. (Be sure to use different colored balloons for each team). They must use the broom to herd their wild ponies (balloons) through the course. Each player must herd their balloons through the entire course to complete their turn.

The first team to finish the course, wins! If a balloon pops during a player’s turn, he or she must take a new balloon to the starting line and begin again.

Instruct the children to stand in two single-file lines, facing forward. Place a balloon between the knees of the first child in each line. When the race starts, the first child on each team turns to face the next person in line. The second child must grasp the balloon with his or her knees and turn to pass it on to the third person, and so on. If the balloon falls to the ground, the team must start over. The first team to successfully pass the balloon down the line, wins!

Divide guests into two or more equal teams and have them stand in a line. Give each team ten balloons in a basket or trash bag. The first child in each line takes a balloon and runs to the other side of the room and sits or stomps on the balloon to pop it. They then run back to the line and tag the next person who does the same thing. The winning team is the one who pops all their balloons the fastest.

Fill up to 50 water balloons, depending the number and place them in large buckets.
Divide guests into teams of two, standing and facing each other. They begin by tossing a water balloon back and forth, taking a step backward with each toss. If the balloon pop, the team is out. The last team with an intact balloon wins.

Guests sit in a large circle, about 4 feet apart. They must pass a water balloon around the circle as music is played, without breaking it. Everyone who gets wet is out, as well as each person left with the balloon when the music stops

This isn’t a party game, but it’s just as fun as one! Tell kids you know how to make a balloon scream. Before the party, drop a hex nut into a latex balloon and inflate. When you’re ready to demonstrate, hold the balloon in both hands and move it rapidly in a circular motion. Can you hear it scream?

The unique six-sided shape of the hex nut vibrates the walls of the balloon as it moves, producing a rather unique “screaming” sound.

Stock up on hex nuts and balloons because all your party guests will want to try this one!

Author: Patricia B. Jensen is a mother of three and kids party enthusiast. 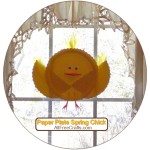 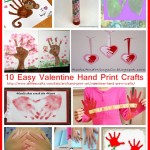